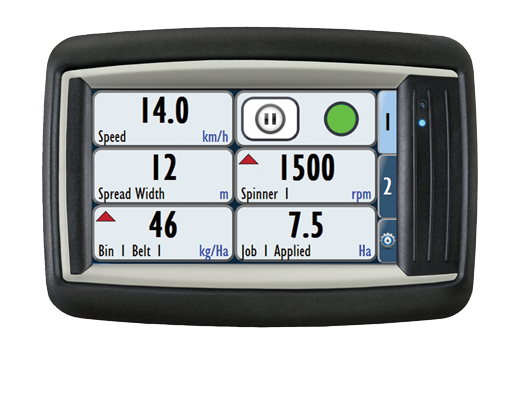 The 7300 Spreader Controller will control hydraulic, electric, and linear outputs with single and dual spinners and belts

Customise your farmers' view with rates you know they need with simple touch displays on a large 4.8” graphic screen

The 73000 Spreader Controller & Monitor lets you update in the field and ensure your farmers’ spreader runs efficiently each row. Farmers need more reliable spreading patterns, near enough is not good enough any more. The 7300 Spreader Controller helps deliver accurate coverage, regardless if it ranges from 15 meters to 40 meters or more. The 7300 Spreader Controller works with our Australian designed and built UniPOD. Also known as an ECU, the UniPOD is re-configurable to suit many different requirements. A single UniPOD can be used to monitor ground and spinner speed, plus control a belt and spinner via hydraulics or actuators. 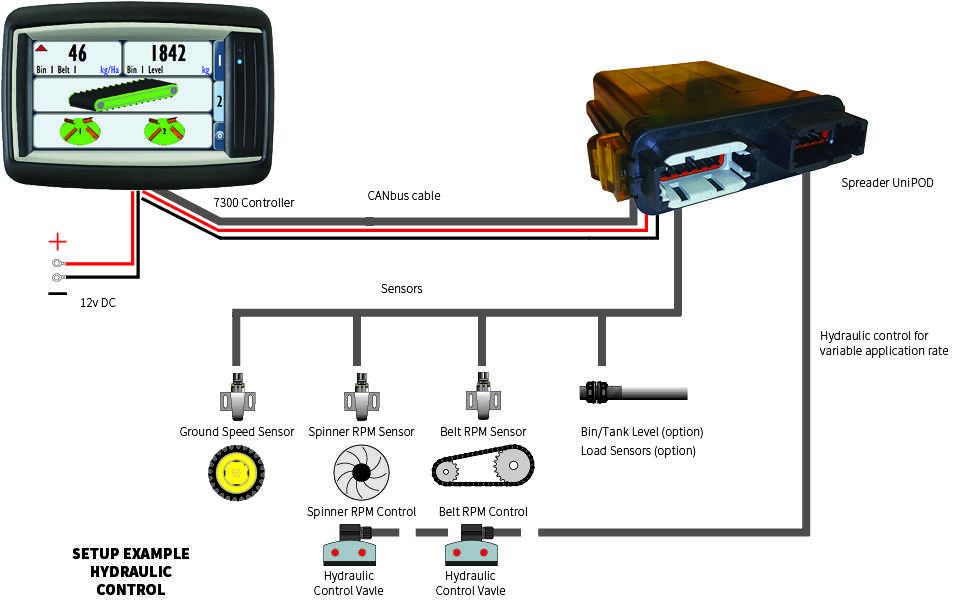 The 7300 Spreader Controller & Monitors display live rates for each bin and saves your farmers costly wastage in poor soils and headlands. These bin controls can be adjusted to suit varying soil types and maintain desired kilo-per-hectare output when a change in speed is detected. When operating with GPS control, the 7300 Spreader Controller adjusts rates automatically based on your prescription rate map on the USB device. Product rates and spread widths can be manually increased or decreased in pre-defined steps, and any bin spinner can be switched off or reduced to half rate at the press of a tile.

The 7300 Spreader Controller & Monitors are field upgradeable, which means as each upgrade is released you will have access to faster and higher capacities without having to swap out the hardware. We’ve designed it with open compatibility as well, so every field is yielded efficiently and on brand for you.

The 7300 Spreader Controller adjusts rates automatically with GPS control based on the farmers' rate maps. Our smart alarm system also alerts farmers before conditions get critical to save output

Your farmers can switch between user-friendly manual operation or fully automatic rate map control with GPS connected. All 7300 functions are easy to read on a large 4.8” graphic display touch screen to proactively change how they work

The 7300 is field upgradeable, which means as each upgrade is released your farmers will have access to faster and higher capacities without having to swap out the hardware 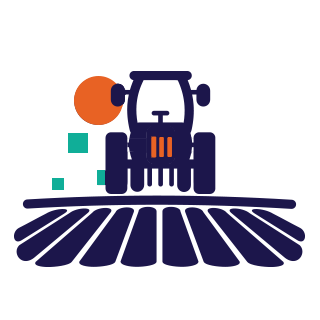 Your farmers save on costly wastage in poor soils and at headlands by manually increasing or decreasing product rates. Or, they can choose to switch off or reduce to half-rates at the press of a button